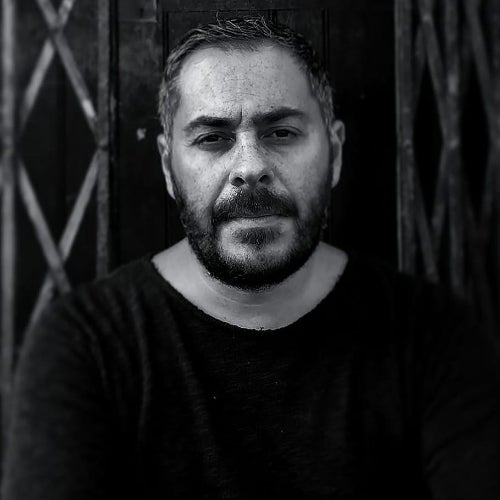 Arnaud’s career dates back to 1990 when he began managing record shops and building what is now a huge archive of knowledge, taste and musical dedication to his name.

His residency at Paris’s Queen and memorable sets around the world perfected Arnaud’s DJ skills, earning him his spot in the worldwide scene where he continues to this day to be a prominent figure. ​

Since 2006 Arnaud lives in London where he is a regular DJ at Fabric since 15 years.
Arnaud runs Children Of Tomorrow since 2011, a label created by Emmanuel Ternois in 2008.

A timeless rawness is the main element of the label. Arnaud is releasing his own music and confirmed talents such as Terrence Dixon, Oscar Mulero, ROD, Jonas Kopp, Ryan Elliott, Samuli Kemppi, Zadig, Antigone, Tensal, Exium, Savas Pascalidis, Antonio De Angelis or Birth Of Frequency. Almost all the releases have been played or charted by artists such as Ben Klock, Marcel Dettmann, DVS1, Ben Sims, Rodhad, DJ Deep, Chris Liebing or Dave Clarke.
Together with his partners and colleagues Arnaud organises a series of Children Of Tomorrow events in London & abroad that focus on talent.

Arnaud is one of the true veterans of the London underground music scene. Having been associated or played at every major techno party over the last ten years, Arnaud has kept himself at the very forefront of the scene.