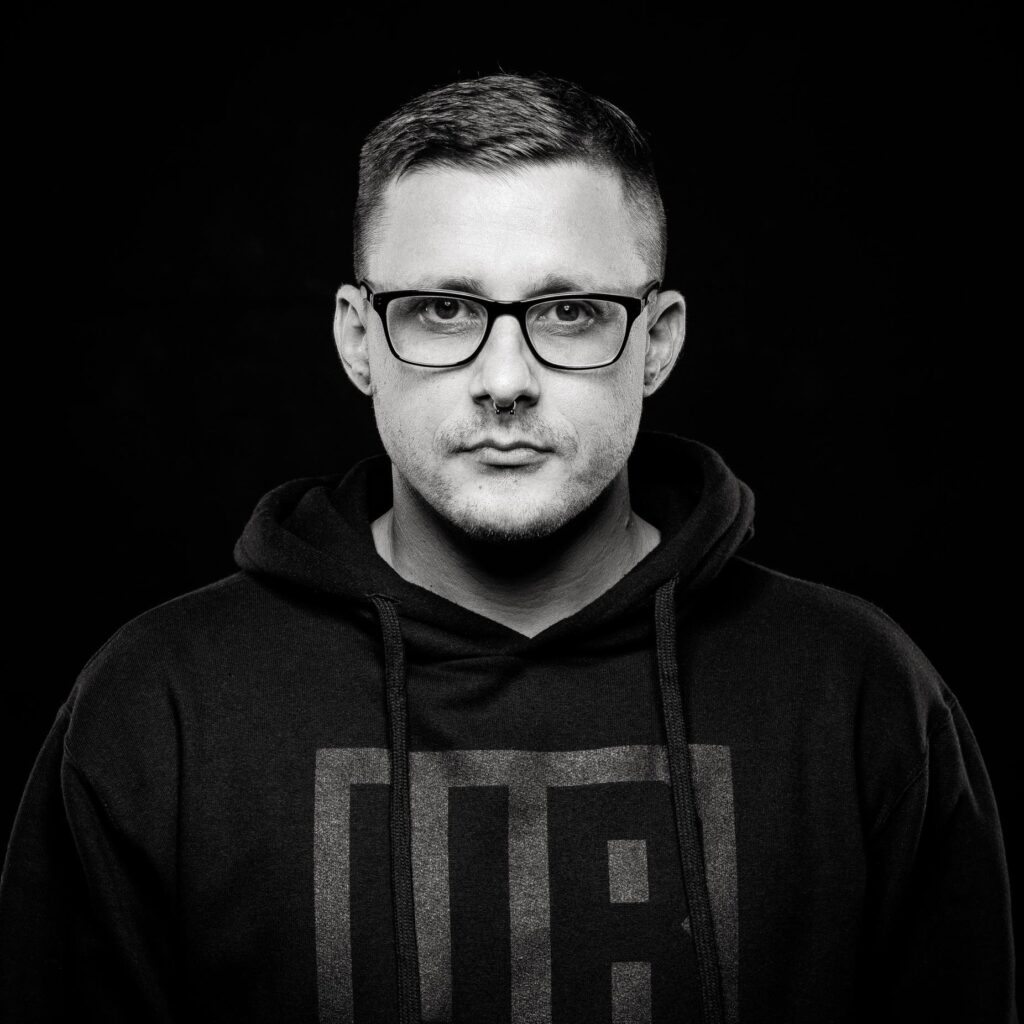 Krenzlin was born and raised in Brandenburg, Germany. It was in the early 2000’s when he first got into techno music. In 2009 he played at Tresor for the first time which greatly influenced his progress as an artist.

Not long after followed a series of international Bookings in more than ten countries and festival bookings at Nature One, Ruhr In, Summer Spirit and many others.

Krenzlin has built up quite the reputation as a producer. If one reads the list of labels which he has released on, it is hard to believe that such a respected discography can be formed in such a short amount of time with releases on Synewave, Nachstrom Schallplatten, Konsequent Records and many others. From 2012-2019 he released more than one hundred original tracks and remixes.

In 2020 he founded and created his own record label “770-Output“ which he now runs together with his good friend Henrik Müller. A few months later he started the project “Slight Function” together with Argentinian artist Rhombic. Their first release came out on Rhombic’s label followed by their recent release on Pfirter’s imprint, MindTrip.